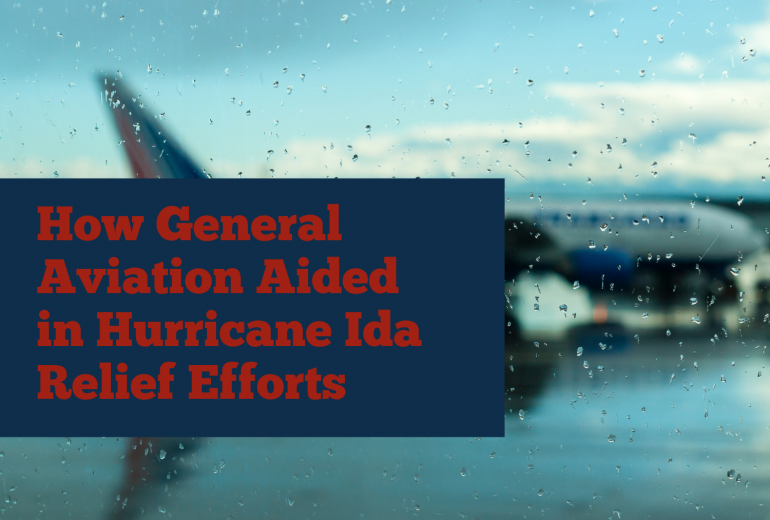 On August 31, 2021, thousands of pilots awaited word to join the hurricane relief effort in the southern region of Louisiana. Two days before, Ida made landfall to the coast of Louisiana, directly impacting towns like Houma, Louisiana, which lies south of New Orleans. New Orleans also took a hit and many were reminded of the devastating 2005 Hurricane Katrina, the massive category five hurricane that destroyed many of the same areas of Louisiana that were impacted by Ida. Hurricane Ida was just seven miles per hour shy of becoming a category five hurricane itself.

As of September 1, 2021, around one million utility customers were without electricity. The lack of power and impassable roads called for help from aviation nonprofit groups like Operation Airdrop and Aerobridge. These groups began their relief efforts on August 31 and continued those efforts until safer conditions were met in impacted areas. Even after the storm left the region, conditions in the impacted areas remained challenging for pilots and ground relief workers alike.

Operation Airdrop, another general aviation nonprofit that focuses on aiding disaster relief and rescue efforts, worked with Operation BBQ Relief and the Cajun Navy to deliver 21,500 hot meals to the southern coast of Louisiana. The nonprofit group was founded in the aftermath of 2017’s Hurricane Harvey and specializes in hurricane relief efforts. Operation Airdrop also provided cargo flights and partnered with Houma-based Operation Full Pantry to provide donated supplies to impacted communities.

As you can see, the work of a pilot often goes beyond transporting people from one place to another. During times of devastation, pilots are oftentimes the only ones who can provide relief or rescue to those in need.

Nonprofit work is just one of the many rewarding opportunities available to general aviation pilots. Today’s article highlights the importance of pilots and their skills. Pilots who participated in relief and rescue efforts following Hurricane Ida provided relief when no one else could help and saved lives. We are thankful for all pilots and the services they provide, however, we want to extend a special thank you to those who aided in hurricane relief. Your hard work and determination have not gone unnoticed.