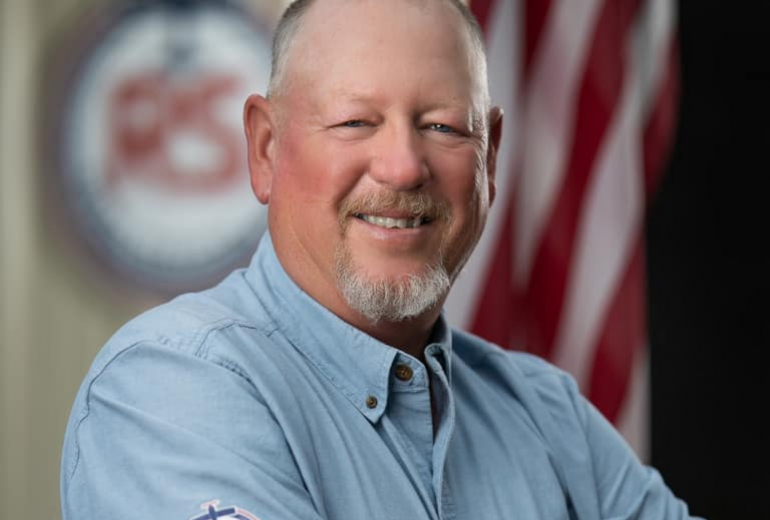 Most of our Rebel Services team lives in North Mississippi.  One of our longest-tenured employees, Johnny Breland, started off with us at our headquarters in Ripley, Mississippi, but has since relocated to South Carolina to head up our east coast operations. Johnny, like many of our technicians, travels to work on-location, which makes his home address less important, especially with digital tools that keep him connected to our office and inventory.  Johnny is known for noonish calls (inside joke), he has the same jolly hello and always asks, “how are you?”

An electrician by trade, Johnny’s a big-hearted guy, who truly loves meeting people and helping them solve problems at their airports.  He never meets a stranger and loves what he does!

Although he may live in another state now, Johnny stays connected with the rest of our Rebel Services team. Some jobs require one or two people, while others involve the entire team. It’s those big jobs where many of our technicians work together that Johnny finds the most fun. He’s dubbed them “a gathering.” Those days the team works hard to accomplish the task at hand, but they’re also known for having a good time and cutting up when time allows. Afterward, they eat dinner together and unwind.  Sometimes dinner requires Johnny to break out his grill right there on the job site!

Johnny’s seen more of the United States than most people, but he wasn’t always so well-traveled. Until he started working for Rebel Services when he was forty-nine, he’d never flown on a commercial airline. Coincidentally, he’d also never received a speeding ticket until then either.  Maybe the speeding tickets occur when he is traveling to the next hemisphere for Mrs. Margie – but then again was he “Just winging it”?

Before Johnny joined Rebel Services he worked on a dairy farm. He enjoyed the work and even thought he’d make a career out of it until he realized how hard it was to take a day off much less a vacation. His next position working in maintenance and electrical for a factory spurred his interest in the electrical trade. He took one semester of night classes on the basics of electricity then self-taught himself the rest. Gaining years of experience through hard work has paid off as he has since earned his master electrical license in several states.  Of course, if you reach out to his childhood friends, maybe Royce (another Rebel Services employee) or his sister you might hear of stories of using electricity for shocking purposes as pranks long before his job working in electrical!

He also served on the Ripley Fire Department for 32 years where he made lifelong friendships and learned about community service. He was also active in his church in Ripley and looks forward to connecting with a church in his new hometown as well.

When he’s not solving our problems, he’s tinkering on his old truck and tractor or spending time with his family. He and his wife Christine together have seven children, three beautiful granddaughters, and one adorable grandson. His goal every day, whether at work or home or in the community, is to serve Christ every day and he hopes that wherever he goes Christ shines through him.

If you see Johnny on one of our Rebel Services projects you can rest easy and know whatever challenges you throw his way, he’ll meet them head-on with creative solutions.